A publishing house geared at publishing Sefarim from the Hachamim of Morocco, promoting their Torah through periodicals, and current day sefarim that promote their Torah and Minhagim.

Working with different sources (i.e Universities, Private dealers, etc..) in obtaining manuscripts that we see fit for printing, and preparing them for print, which includes: transcribing from original writing, footnotes, editing, typesetting, printing and disseminating.

Rabbi Mordechai Lebhar was born and raised in Montreal and currently resides in Los Angeles serving as  Rosh Kollel of the Los Angeles Intercommunity Kollel (LINK), and formerly lived in Toronto, Canada, where he served as Rosh Kollel of Kollel Yismach Moshe. He hails from prestigious yeshivot  in Eretz Yisrael and America and has learned under some of the most prominent poskim of the generation and taught Halacha in Darche Noam and other Yeshivot.

From an early age, Rabbi  Lebhar has dedicated himself to researching and disseminating the Torah and Minhagim of the Hachamim of Morocco. In the year 2005 , under the guidance of Ribi Shalom Messas, Ribi David Ovadia and other prominent  hachamim who encouraged him to  disseminate  the halachot and minhagim of hachmei morocco,  he published  Magen Avot: Orach Hayim and in 2010 Magen Avot: Yoré De’a, and in 2015 Magen Avot Even Haezer, authoritative halachic works on Moroccan laws and customs.  These books have been instrumental in starting a renaissance in Israel and abroad in rejuvenating the knowledge of Moroccan Halacha and Minhag and have been the basis work for Darke Abotenou, a newly published English book based on Magen Avot.

In the Year 2015, Machon Magen Avot was founded. A publishing house dedicated to printing manuscripts of Sephardic Hachamim. 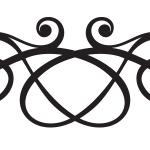 Dr. Emile Amzallag was born and raised in Toronto, Canada. After high school,  he completed a bachelor’s degree in physiology at McGill University. Upon graduating, he pursued his dental studies at New York University and went on to complete a residency. Dr. Amzallag has a dental practice and resides in New Jersey with his family. He enjoys learning about Halacha and has a special interest in Moroccan customs and Halachot. He is active in a Moroccan synagogue in his community in which the Moroccan customs are well preserved.

Adam Kaplan was born in Calgary and raised across Canada. He lives wherever world-wide his work takes him with a strong preference to live no further than a direct flight distance from Rabbi Lebhar. He is committed to supporting the continuance and dissemination of the minhagim and halachot of traditional Torah communities before they are lost due to assimilation and homogenization both in Eretz Yisrael and chutz L’Aretz.

Born and raised in France in a traditional Moroccan family, he graduated with a Master of sciences and a Master of business administration. He moved to Los Angeles and for 6 years, he continued to strengthen his practice of Torah and Mitzvot while attending Rabbi Lebhar’s synagogue and Shiurim. Recently relocated to Montreal, Canada where he continues to cherish Moroccan Minhagim. He is the webmaster of Magen Avot.